The natural world around us is immensely complex. And it has always been. Ever since we can think about our world, it has been too complex for us to understand. Even so, we have struggeled to make sense of it. There have been mythologies to explain natural phenomena, like Thor making thunder with his hammer. Religions have been formed to, for example, cope with the insuperable fact that our loved ones can die. And there is science, trying to measure, describe, and explain our natural world. A world that we don't understand is simply much scarier than a world that we believe to understand.

There are probably many different reasons why people choose to go into science, so I don't want to pretend that I know what drives each scientist. But for me, the reason to be here, doing research is exactly this: I want to have the idea that I understand the world I live in. This is also the reason why I got into the theoretical side of science. Usually, theoretical scientists take a very simplified version of the world and put it into their computers. So, I'm still not entirely sure how I ended up on this boat, but it happened and it's been a very interesting experience.

What I try do to, is to know as much as possible about a certain "system", such as the cold-water corals in the Atlantic Ocean. The more I know about the "system", the better I can decide which 99% of the complexity I can ignore. The percent that I am left with is a story, so simple and general that a child would understand it. A skeleton-forming coral, for example, starts as a tiny creature, which poops skeleton as it feeds. When it has has a lot of food it will poop out another tiny creature that will do the same. As food comes with the current, a coral colony develops. The story is my mythology: my world is just like this, it's not that complex after all. When I step away from the computer for once, I find that reality never exactly agrees with my story. But that's okay, because the story gives me a handle to figure out why this is the case.

What I often tend to forget, sitting behind my computer, is the enormous effort that goes into measuring, observing, and describing our natural world. For a two-week cruise like this, our Pieter has been busy for weeks, preparing and packing all the sampling-equipment (and nothing has been forgotten!). An extensive schedule has been carefully prepared, but has to change constantly, because people get sick, or the weather is too rough, or something is delayed at the port, etcetera. And on the ship, everyone is working day and night, while feeling tired and seasick, to get a whole batch of data. This pile of data has to be analyzed, unraveled and then interpreted. Colleagues of  mine will be busy with that for at least another year. I am truly amazed and impressed with these people and I feel very lucky to be working with them. And now I wonder, what drives them to do all of this? 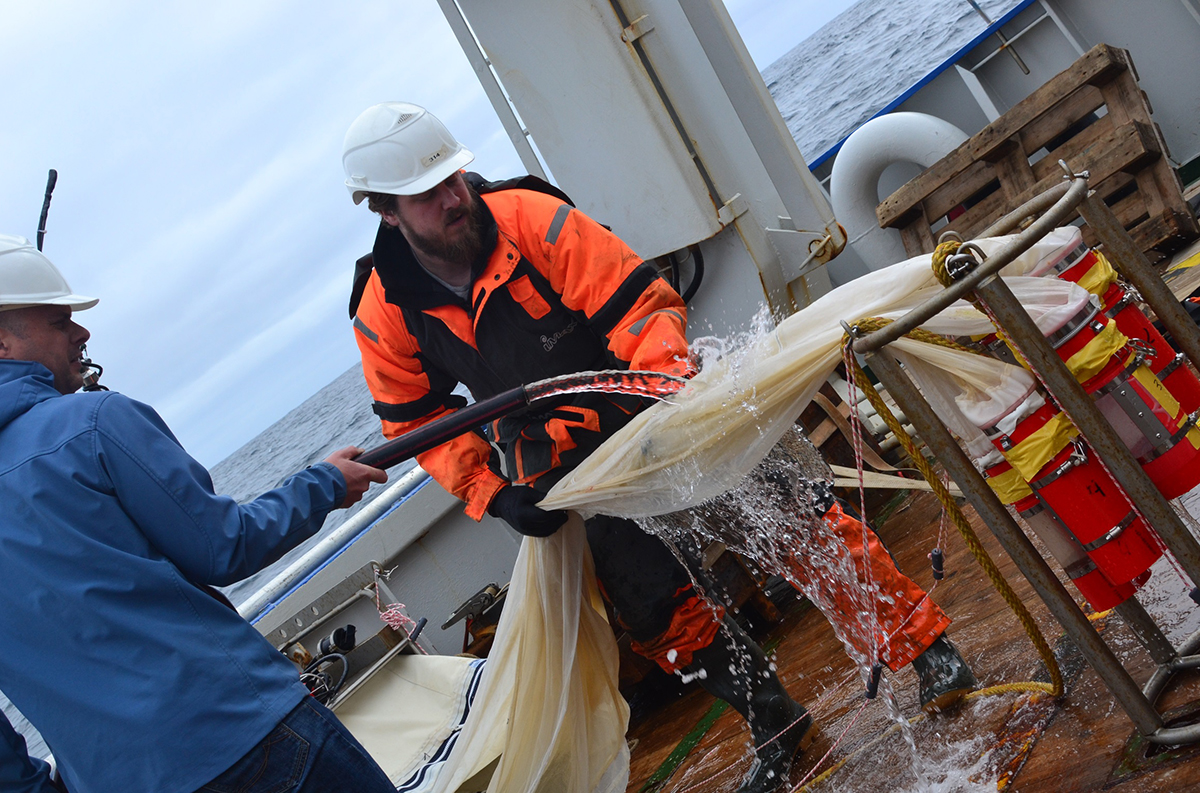 Washing the multi-net which is used to catch zooplankton. Photo: Edda Heinsman 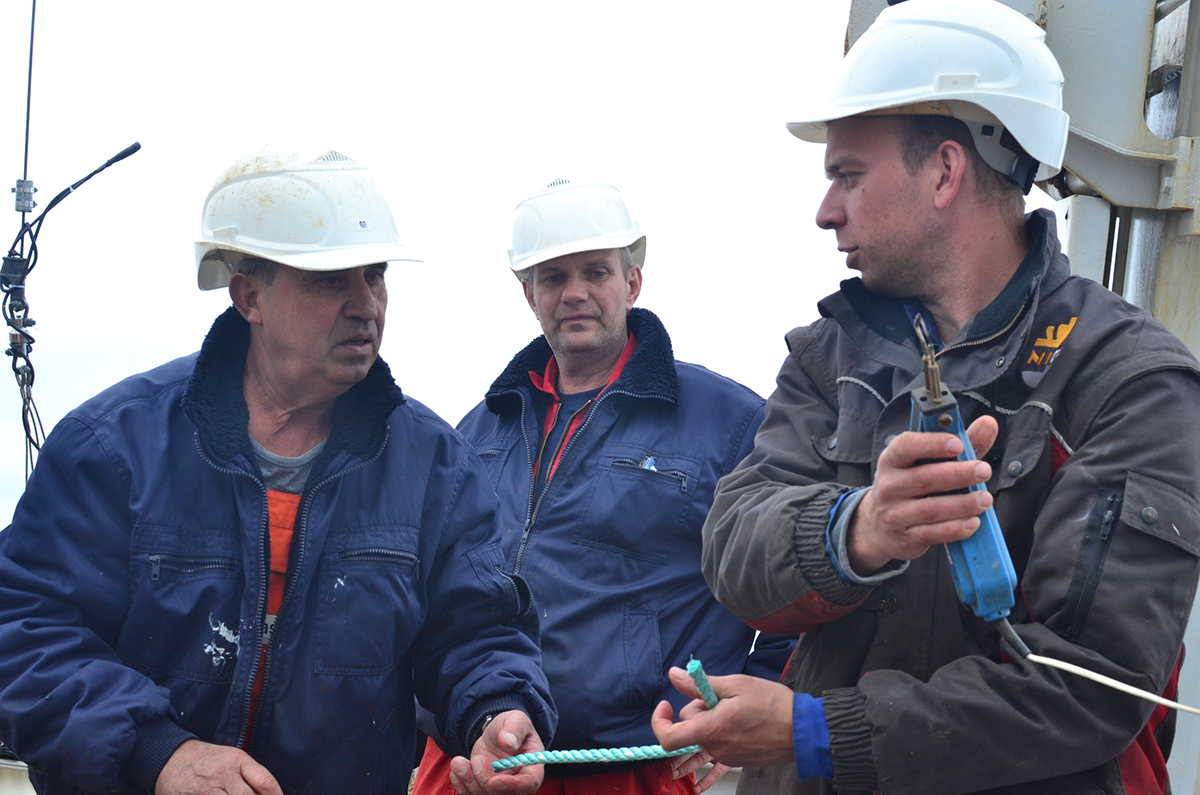 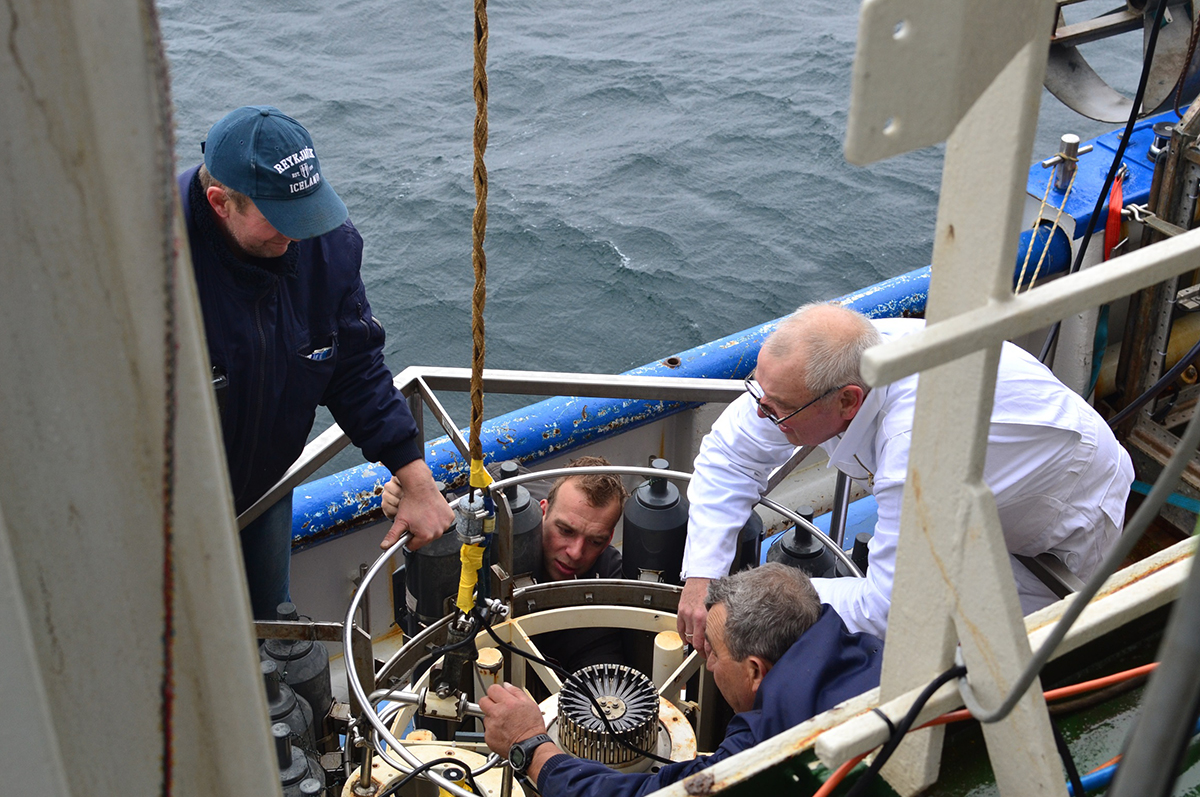 Fixing the machine, so that we can keep measuring. Photo: Edda Heinsman 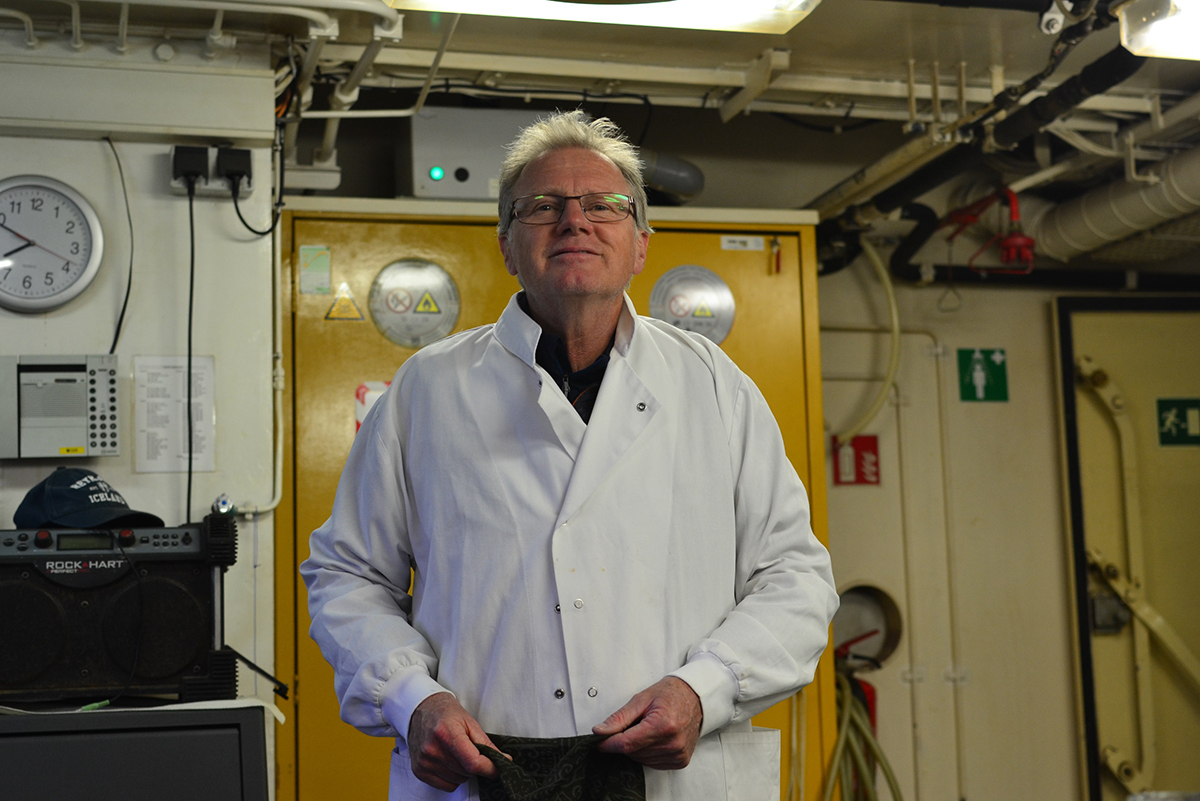 Pieter, (one of) our hero(s) of the day! Photo: Edda Heinsman