Saint Martin is not just polluted with rubbish left by tourists on the beach. Actually, it seems like the beach is one of the cleaner parts of the island. Trash and blown out old garbage can be found anywhere else out of sight. The traces of hurricane Irma are still here after half a year and show us even more how important ocean research actually is.

Anyhow, as a scientist you are always looking for new discoveries on the places where you do not expect them. So with this approach, our bright minded research crew got together on Wednesday morning to tackle another environmental problem. Contradictory, we decided to clean up the cleanest place of the island: the beach. Everybody was motivated from the first moment the idea came up. 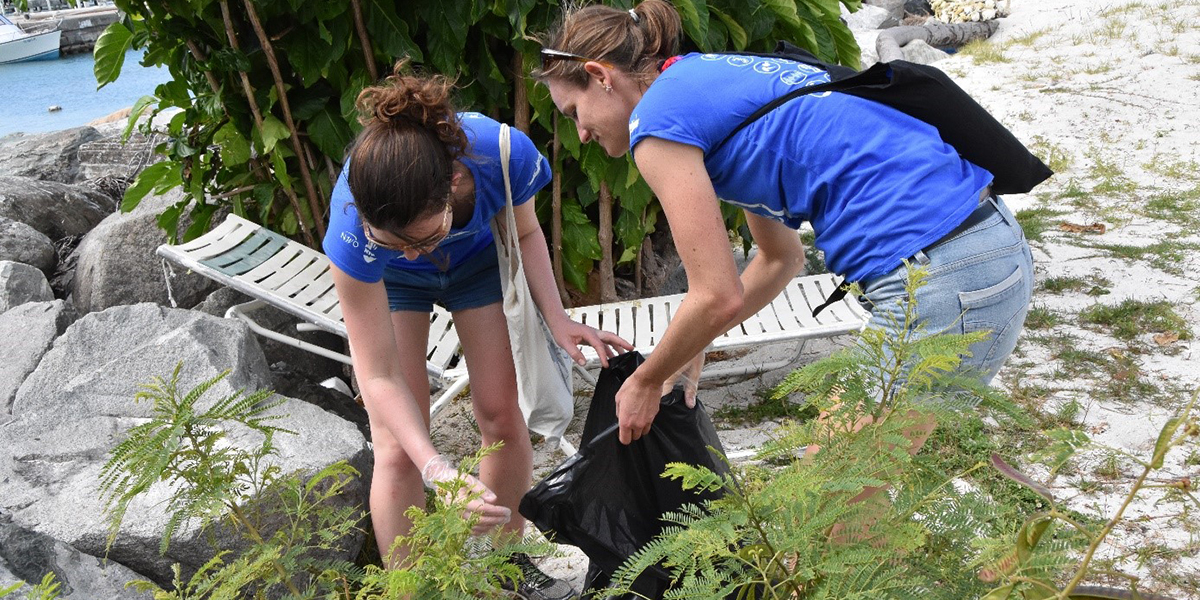 It was a good day, especially because today not just one, but two large cruise ships arrived next to us in the port, causing a wave of pleasure seeking tourists at the beach. “Good job guys”, we hear some tourists say. Hopefully we left them a message, as it still does not seem to reach everybody to not leave your garbage at the beach. Within the first 15 minutes Joëlle and I already filled up one bag with trash. Even though the beach seemed clean at first sight, still much plastic is hidden. Underneath the sand, between rocks or at other places where tourists won’t see it. We discovered local people do actually clean the beach regularly from rubbish. Unfortunately, they only clean at the places that are in sight. After one hour we collected eight bags of garbage from a small part of the beach. We stopped early as some of us were slightly becoming lobsters, but we hope the message came through.

The big discovery appeared when Niels, Wytze, Francien and I came back at the end of the day to the beach for a swim. Tourists had left to the next island with their cruises. However, they clearly “forgot” to throw away their plastic bottles, cups, buckets and whatsoever. A bit upset we collected again the plastics left by tourists, which were already floating away into the ocean driven by the wind.

Tourism seems to be economically more important than ever on this island. Although it is ironic these tourists are arriving on world’s most luxurious cruises, while this island is still in recovery, they seem to be more than welcome here. On Saint Martin we are in the middle of the visible remnants of why ocean research is so important. It is still not proven tropical hurricanes will be intensified by warmer seawater temperatures. Or if plastic will really accumulate in our bodies through the foodchain. But we are also in the middle of why communication between science and the real world still needs to be improved. 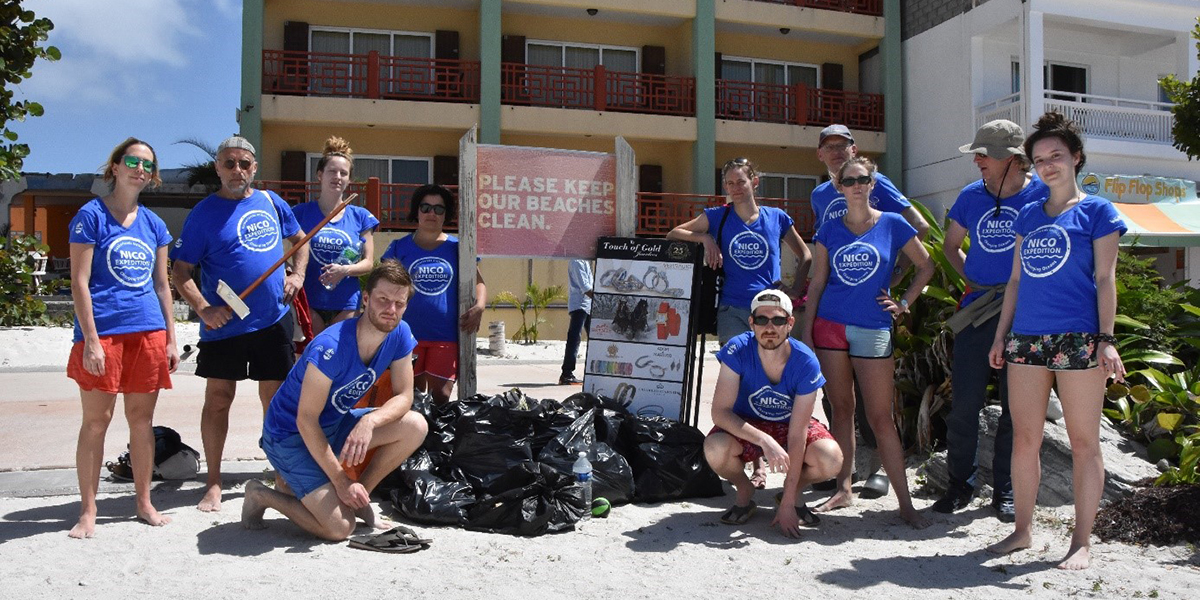 Finally, after all the waiting our time to join the NICO-expedition had come. A little bit nervous we arrived at our destination as we knew that a lot would be expected of us during the [...]