Scientists from NIOZ & WMR investigate the state of coral reef accretion on various reef communities from Saba to Curacao.

During leg 6 of the NICO-expedition the Pelagia sails from Sint Maarten (Caribbean) to the southern side of Saba Island to investigate the state of a large submerged coral reef ecosystem extending for over 120 km. This pristine and biodiverse coral reef is under stress since 2005 when elevated sea water temperatures induced by global warming resulted in a Caribbean-wide bleaching event. It is estimated that the Saba Bank lost over 50% of its coral cover. In combination with ocean acidification and increasing marine pollution, these environmental changes have reduced the capacity of corals to compete with opportunistic organisms such as algae or cyanobacteria which can rapidly invade dead or weakened coral surface. This shift in community may tip the delicate balance between accretion processes and eroding agents.

We, scientists on-board the Pelagia, aim to quantify the current state of Saba Bank’s carbonate budget – that is the accretion vs erosion budget of the overall carbonate bank. To do so, we analyse the chemical composition of seawater overlying the reef. The method is based on the principle that coral calcification locally extract dissolved carbon from the seawater surrounding the coral while dissolution caused by bio-eroding species such as sponges, worms and bivalves releases carbon to seawater. Hence, accurate measurements of the dissolved carbon concentration in seawater above a reef is an indicator of the overall reef calcification/dissolution rate and allows to quantify spatial and temporal variations in coral growth and dissolution.

Pumpie our sea water sampler
To capture the seawater ‘carbon’ signature induced by calcifying and/or eroding organisms, a new type of water sampler aka Pumpie was designed at NIOZ. The Pumpie device allows simultaneous collection of seawater at various depth above the sea floor, capturing the chemical profile of seawater above the reef. The chemical signal is then linked to the benthic community, which is surveyed using video transects. 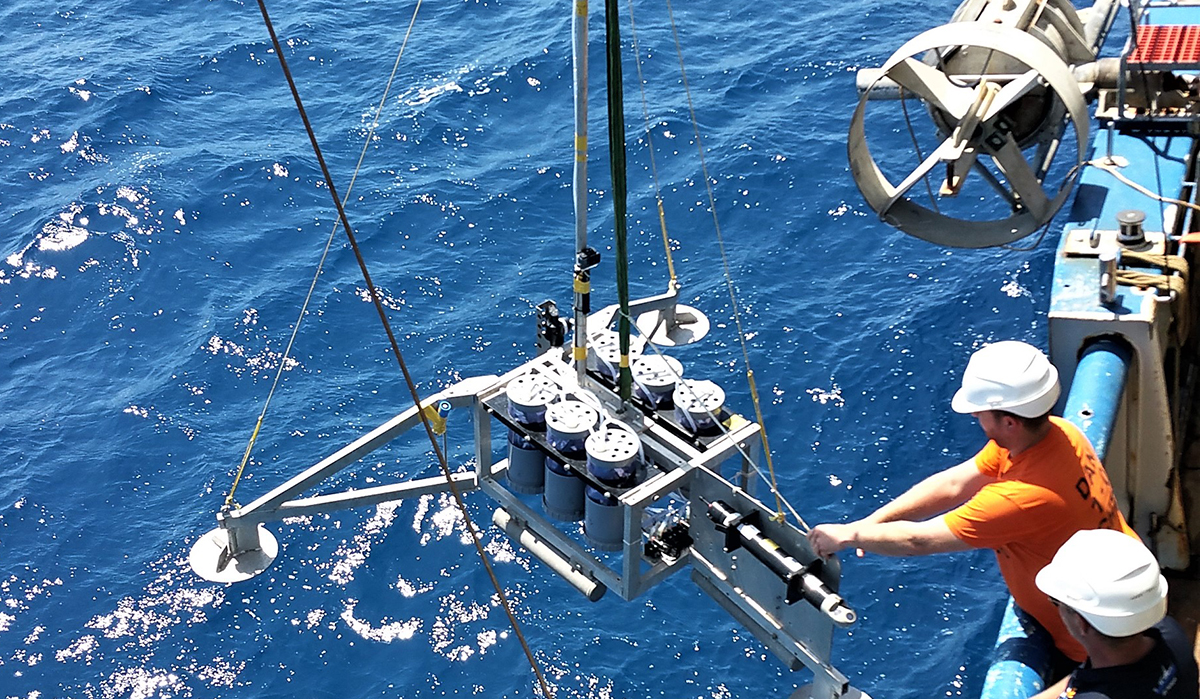 Pumpy being launched into the Caribbean sea from research vessel Pelagia.

Pollution, global warming or ocean acidification?
The work currently undertaken on the Saba Bank feeds into a larger program aimed at understanding the dynamic of reef accretion and erosion across the Caribbean. In particular, our team is also deploying tent incubations on coral reefs from Curacao to investigate the state of frigging reefs in the proximity of a touristic hotspot. The comparison of data from the Saba Bank and from Curacao will allow to identify the specific and synergetic effects of marine pollution from global warming and ocean acidification on coral reef communities. 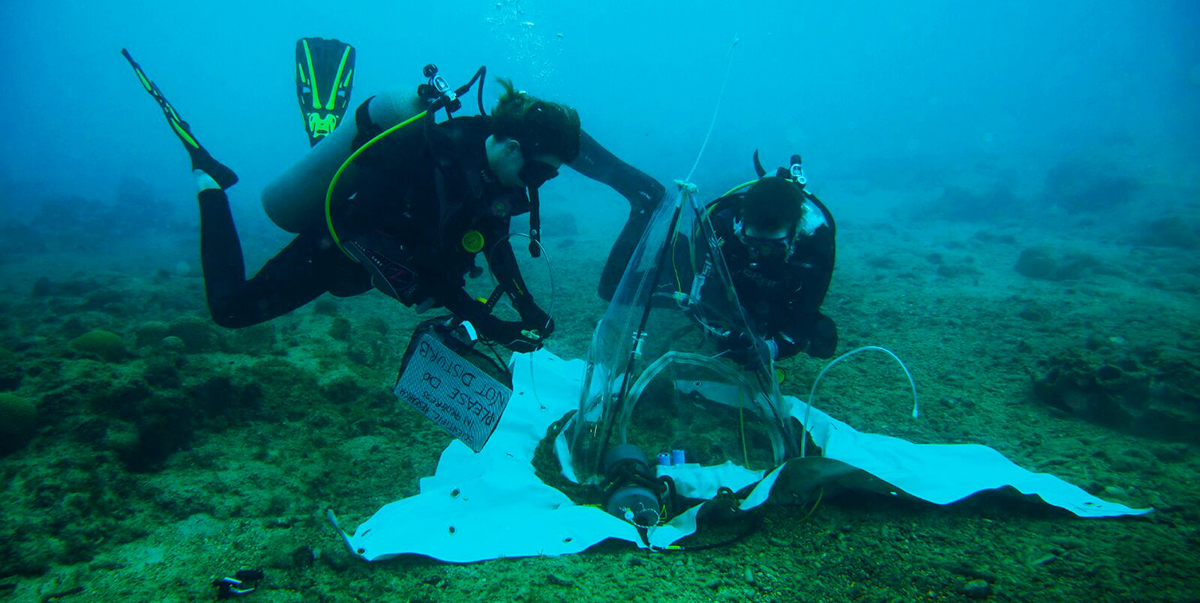 A tent incubation on the sea floor of the Carribean Sea near Curacao.

Saba Bank ‘Specially Protected Area’
As reef degradation accelerates across the world and particularly in the Caribbean, these research programs are timely. Past research initiated by various institutes such as Wageningen Marine Research, NIOZ, NWO and DCNA have already highlighted the importance to protect the biodiverse reefs on the Saba Bank. Consequently, in 2010, the Dutch Government declared the Bank a Protected Area and it has been registered as such in the Specially Protected Areas and Wildlife (SPAW) protocol of the Cartagena Convention for the Protection and Development of the Marine Environment of the Wider Caribbean. In addition, the Bank received the designation of a Particular Sensitive Sea Area (PSSA) at the International Maritime Organization (IMO) in 2012 and was acknowledged as an Ecological or Biological Significant Area (EBSA) at the Convention on Biological Diversity (CBD). Although this was a big step forward towards the protection of this precious coral reef ecosystem, it does not alleviate the pressure caused by global warming and ocean acidification. 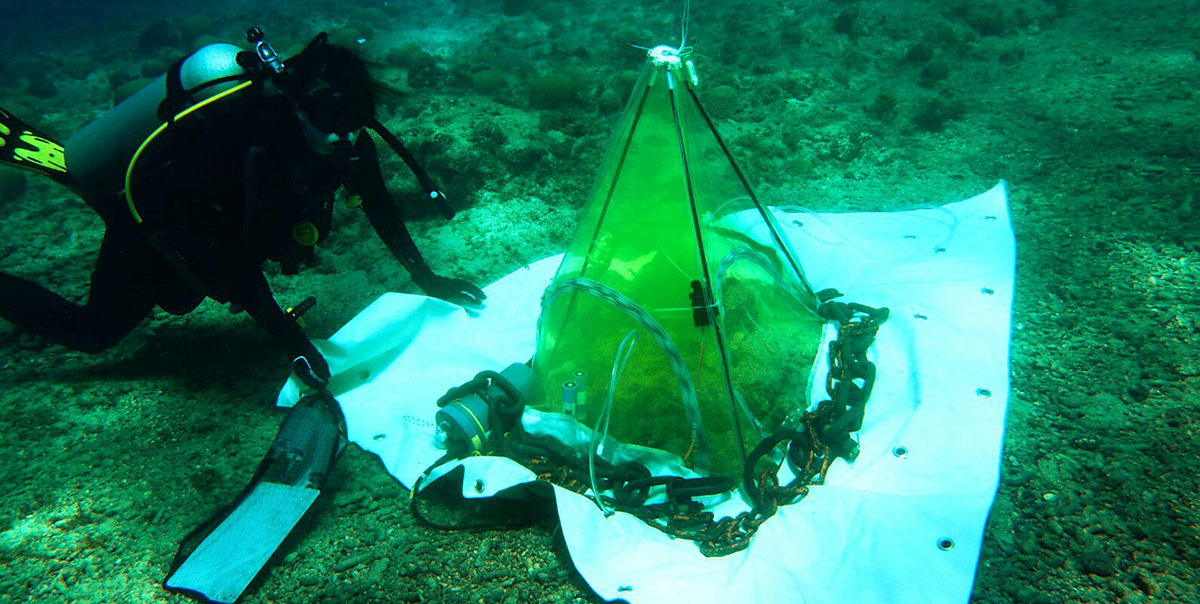 Tent incubations gives us data that allow us to identify the specific and synergetic effects of marine pollution from global warming and ocean acidification on coral reef communities. 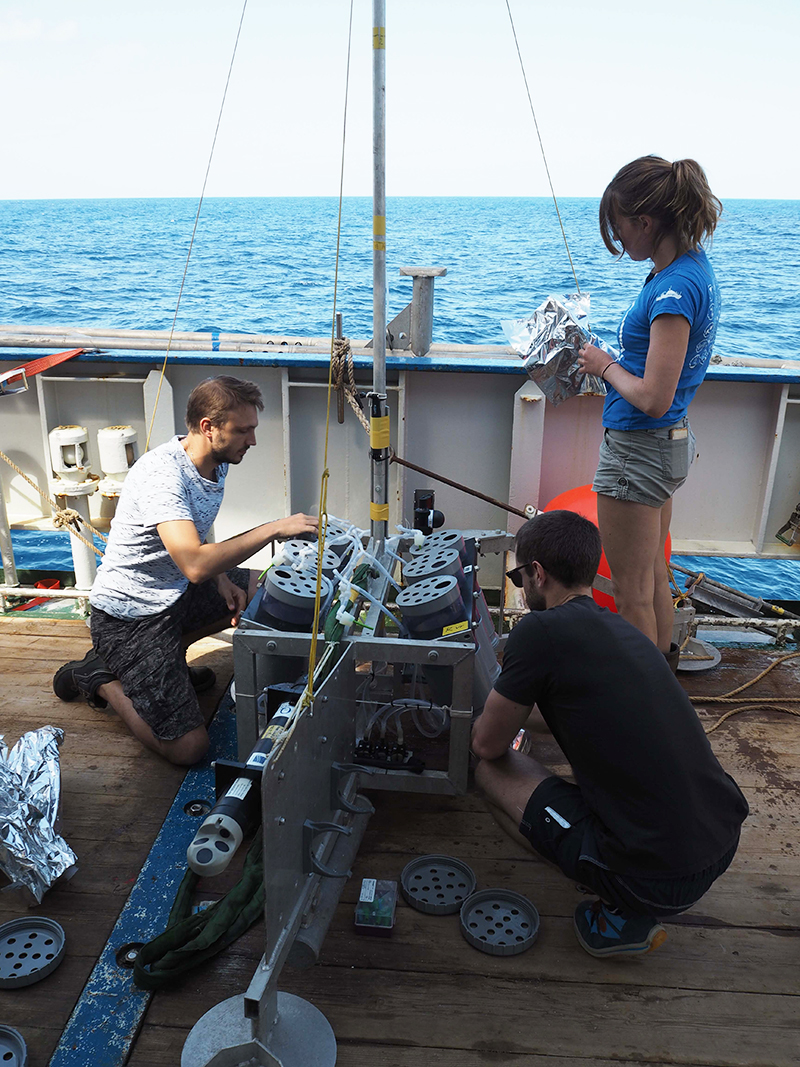