On Saturday November 24th geologist Martin Ziegler (UU) who joined leg 8 of the NICO-expedition will share his science with the audience of the Amsterdam Art Weekend. During ‘LEVIATHAN: Art, Ethics, Schizophrenia & the Marine Environment’ he will give a presentation about his experience during the NICO-expedition and share his major interest in the cause and impact of climate variability on a range of geologic timescales.

Read more: 'Unraveling a muddy catch catch from the Atlantic'

Ziegler' presentation is one of stories being told within 'Leviathan: Art, Ethics, Schizophrenia & the Marine Environment'. In dialogue with a wide range of marine biologists, oceanographers, political scientists, neurologists and trauma specialists, the Leviathan Cycle explores notions of marine welfare, migration and mental health and their possible interconnections.

Leviathan is set in an imaginary future whose inhabitants are the survivors of a cataclysmic solar event. Each of the ten episodes is told from the point of view of a different character and follows them as they drift across Europe, Asia and North Africa, encountering a series of idiosyncratic communities.
Leviathan explores where we could be if a deeper understanding of trauma and climate erosion is not found, leaving us to deal with not only a humanitarian crisis, but a wider crisis affecting our entire biosphere. How do we respond to the key challenges that face us?

Program 24 November, at the gallery in Amsterdam-Noord (Beitelkade 4):

13.00 | Welcome by Maurits Hertzberger, Gabriel Rolt (HE.RO Gallery) and Suzanne Wallinga (A Tale of a Tub)

13:05-13:50 | Keynote Amira Gad (Curator of Art and Architecture at the Serpentine Galleries in London): “How does it end when you start at the end?”

15:10-15:40 | dr. Jeff M. Diamanti (Lecturer Literary and Cultural Analysis at the University of Amsterdam): “Heliotropism at the Terminal Beach of Critique”

About 'Leviathan: Art, Ethics, Schizophrenia & the Marine Environment'
'Art, Ethics, Schizophrenia & the Marine Environment' is organized in the context of Shezad Dawood's ambitious project Leviathan, a ten-part film cycle conceived and directed by the artist, that was inaugurated in Venice in 2017 to coincide with the 57th Art Biennale. Whereas the first three episodes of Leviathan were premiered in Venice last year, episodes 4 and 5 premiere in Amsterdam (at HE.RO) and Rotterdam (at A Tale of a Tub) respectively, during Amsterdam Art Weekend 2018.
Read more about Leviathan >>>

This afternoon of screenings, talks and a panel discussion is presented by A Tale of a Tub and HE.RO during Amsterdam Art Weekend. 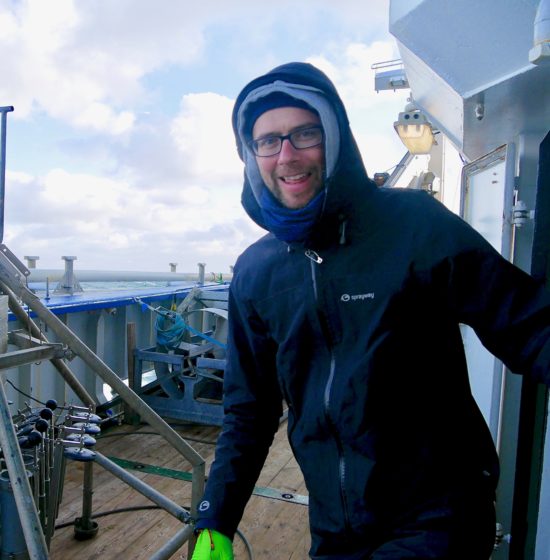 Dr. Martin Ziegler is a geologist with a major interest in the cause and impact of climate variability on a range of geologic timescales. The primary focus of his research is the reconstruction of past climate variability using in particular the carbonate clumped isotope thermometer. He studied Geology and Palaeontology at the Universities of Stuttgart and Kiel in Germany and the University College London in the UK. Between 2005 and 2009 he worked as PhD student at the University of Utrecht on the subject of orbitally driven changes in monsoonal climates. After completion of his PhD he moved as postdoctoral researcher to the Columbia University in New York, then Cardiff University in Wales and later on to the ETH Zürich in Switzerland. In 2015 he returned to the University of Utrecht and got a faculty position as Assistant Professor. He received several research grants from NWO and the European Union, including a prestigious NWO Vidi grant in 2016 and co-authored more than 30 articles in international scientific journals. In 2018 he was one of the participations of the NICO-expedition (Netherlands Initiative Changing Oceans).

Read more: 'Unraveling a muddy catch catch from the Atlantic'